Gathering mussels and enjoying Lobsters on the 4th 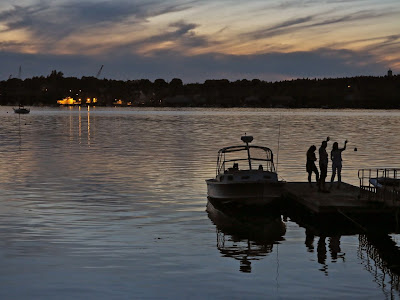 Fourth of July festivities started last night with a motorboat ride to check out the rising moon. The waters were calm and we visited Polly, John and their boys where they were staying for the night. 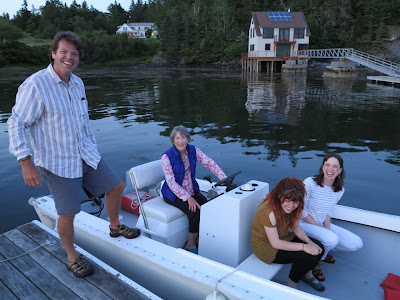 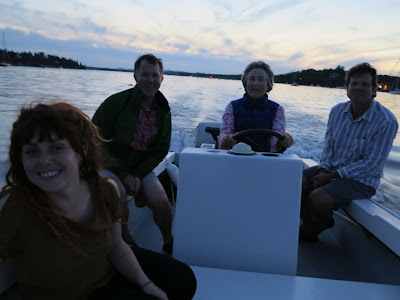 Later in the evening, we ventured out in a rowboat for a moonlight trip. During the ride, we saw fireworks exploding. Patrick, Stewart and myself took turns rowing. It was fun to be on the water in the rowboat...we felt stealth-like. 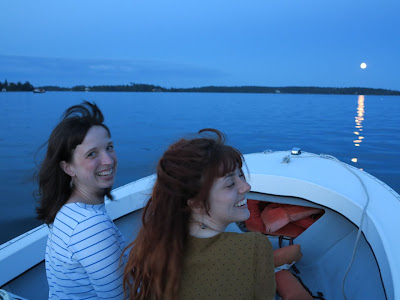 This morning the day started with Low Tide at 6 am to gather mussels for a cook-out. There were lots of the mollusks on the pillars which make up the dock at the house. 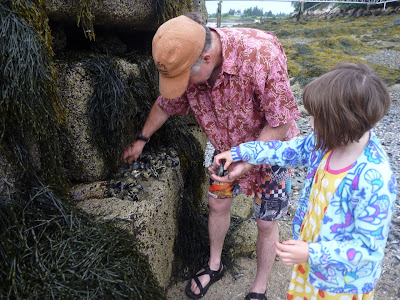 Then at noon, Patrick created a fire pit in the rocks on the edge of the tide line. He made a bed of coals, wood and arranged rocks which would become hot for cooking. Patrick put the mussels on the grill as an appetizer and we ate them plain and right out of the shell. They were simply delicious!! Here George enjoys some mussels on the dock. 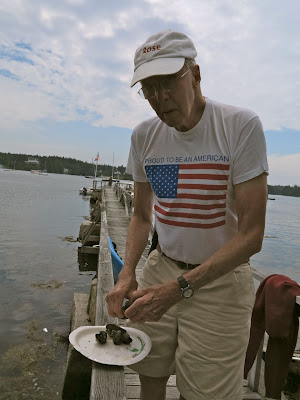 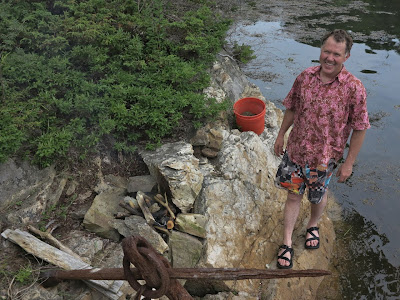 We all gathered, enjoyed sausages and hotdogs and the fire burned away. 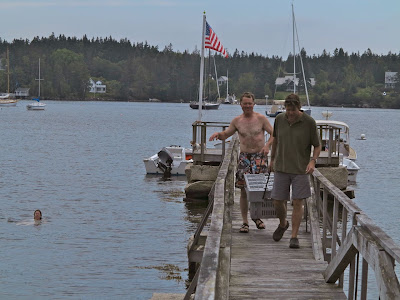 Then it was time to cook the lobsters. Patrick  put the lobsters on the coals, and promptly covered them with seaweed. The seaweed steamed, the lobsters wiggled for a brief time and were then quiet. 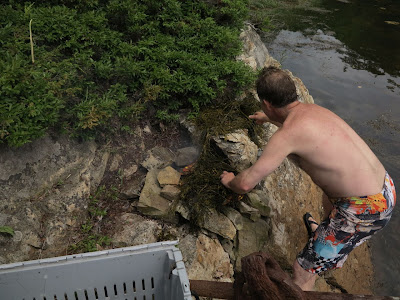 About 20 minutes later the lobsters were perfectly cooked and everyone shucked them on the deck. 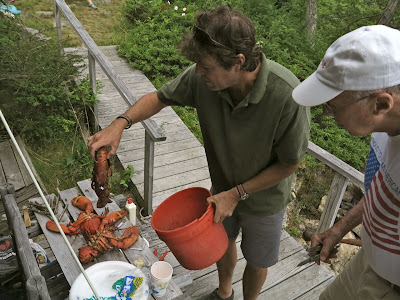 The group scene on the dock 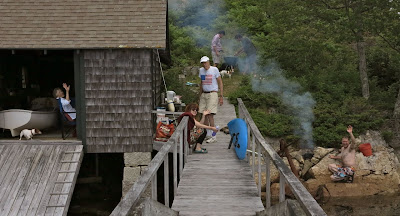 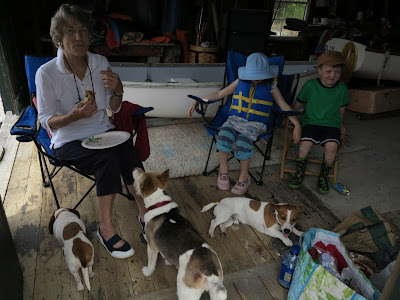 The afternoon was hot! Even without the sun, the air was a bit muggy. Time for a swim! Here Polly dives in while Sam prepares to go in and Stuey contemplates it all... 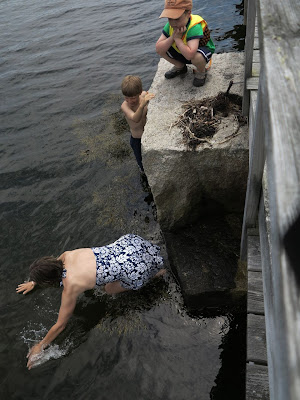 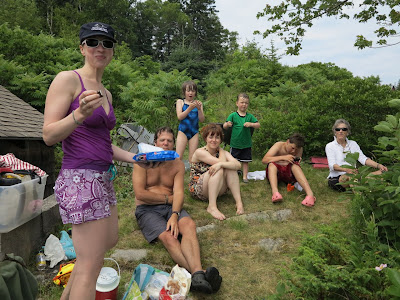 Stuey wanted so badly to join the other kids, but was scared.
The BEFORE shot... 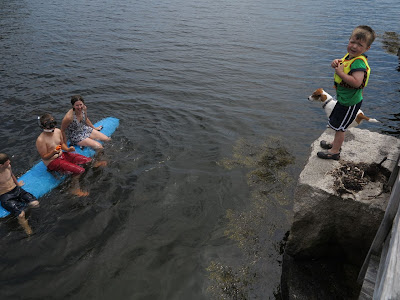 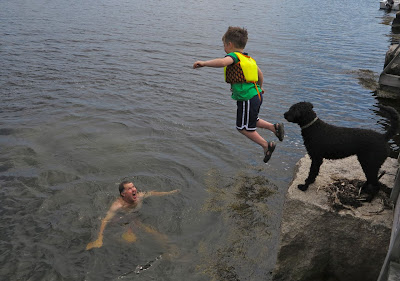 Zoya
Posted by Zoya, Patrick, Nora and Stuart at 1:18 PM

If you guys need any help/entertainment/visiting on your way through Boston on the way home, let us know!

If you guys need any help/entertainment/visiting on the way home through Boston, let us know!

Catherine - one of Zoya's favorite parts of the vacation was eating local food. One night the kids even picked red currants and I made jelly that we used for a sauce on the pork. I also thought of you while I was picking the mussels. Too bad these family trips are so hectic and full - we would've loved to fit in a local meal with the West Family! Patrick

I spent many a July 4th in Maine, mostly parking myself in Kennenunkport. Just a great place in July. And it looks like you had a blast!