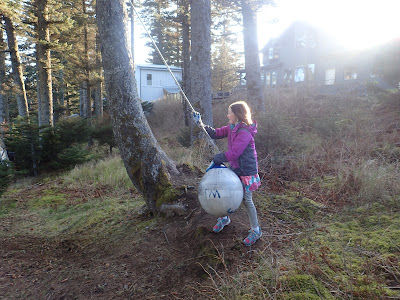 A few photos from early last week that I never posted.

Nora and Stuey spend a lot of time in the evenings playing on the neighbor's buoy swing.  Zoya says she did the same thing when she was a little girl.  When I was a kid I remember we had a swing that hung from a sycamore tree, but rather than a buoy it had a stick for a seat.

The skiing continues to be good on Pyramid Mountain.  But it seems for every sunny day we pay our dues with 2 rainy and windy ones.  During the storms it is snowing up high on the mountain, and the snow is still getting deeper up above about 1800 feet.  Patrick 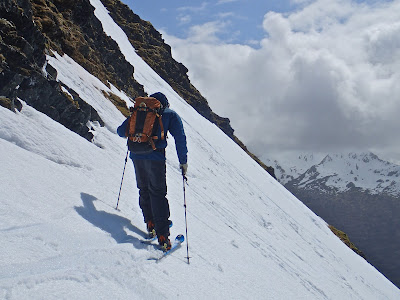 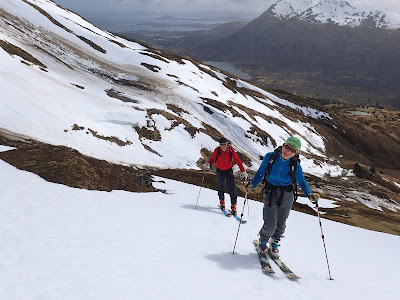 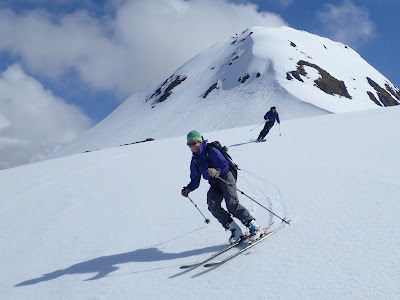 Posted by Zoya, Patrick, Nora and Stuart at 9:46 AM No comments:

On Sunday Stuey played in his first soccer game of the season.  Before the game all the teams got their jerseys.  There was a ceremony where all the teams were announced, and they played the National Anthem.  Stuey's team is the 'Lion Pride'.

I was amazed at the change in Stuey's game from last year.  He far more aggressive and involved in the game.  Where last year he would stand back and watch and wait for the ball to come to him; this year he runs right into the melee after the ball.  I guess last summer's 'British Soccer Camp' and soccer for PE at St Mary's has had an effect on Stuey's game.

On Sunday he even scored 2 goals!   Patrick 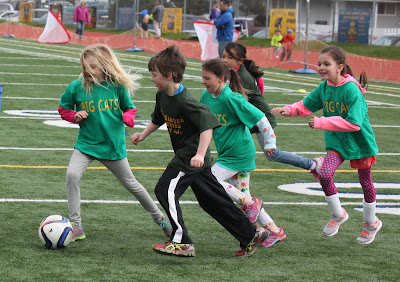 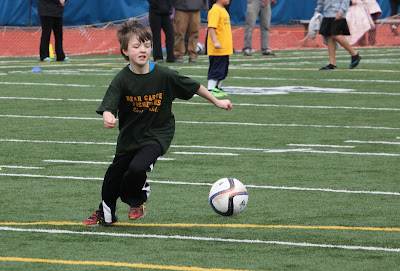 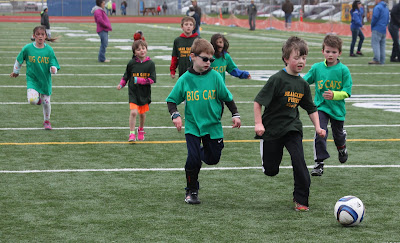 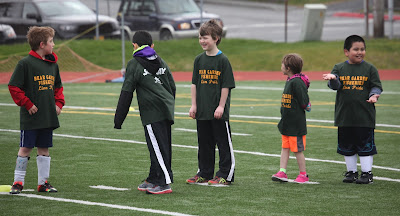 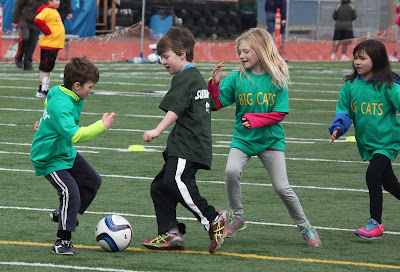 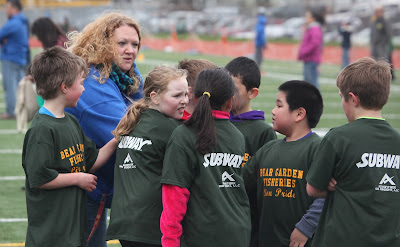 Posted by Zoya, Patrick, Nora and Stuart at 7:16 AM No comments:


Some more snow photos!  For such a warm winter it is amazing how much snow is up on the mountain.  And the skiing has been great.  That said, it is disappearing quickly.  Still there is a LOT of snow in the North Bowl and I am hopeful we will be skiing until June.

On Friday afternoon after work I raced up Pyramid for a couple of laps in the North Bowl.  I had to be back at the museum by 4:30 for the Qayat Exhibit opening.  It was a stunning afternoon to be on the snow.  Patrick


Posted by Zoya, Patrick, Nora and Stuart at 5:11 PM No comments: 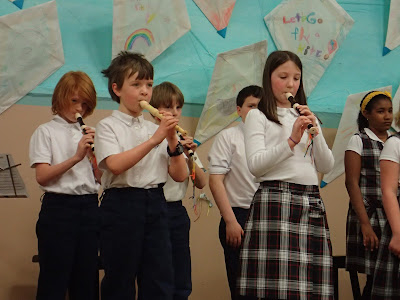 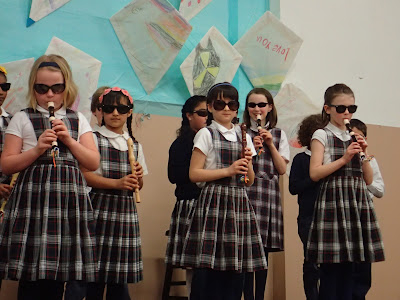 Last week was the St. Mary's Spring Concert~complete with recorder performance from the 3-5 class and guitar performance by the older kiddos.

In the picture above with sunglasses, the students were playing "Play that Funky Music".

The 6-7-8th graders sang "What a Wonderful World"~loved it. Such lovely lyrics that song has. They had me in tears. 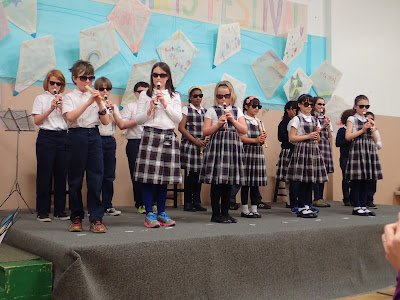 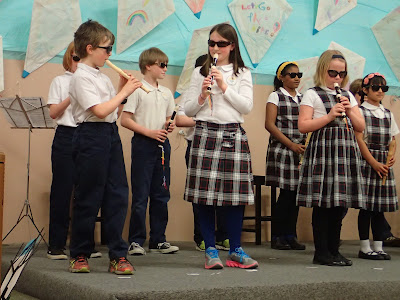 Posted by Zoya, Patrick, Nora and Stuart at 7:37 AM No comments: 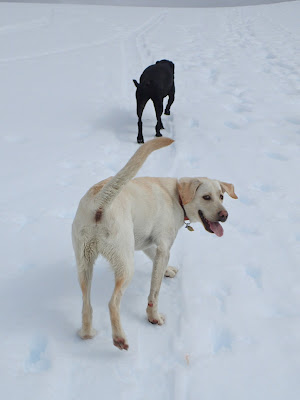 Some more pictures from the doggies trip up Pyramid on Monday.  I know I have posted a bit too much about the doggies on snow of late - but these pictures are too good not to archive on the blog. 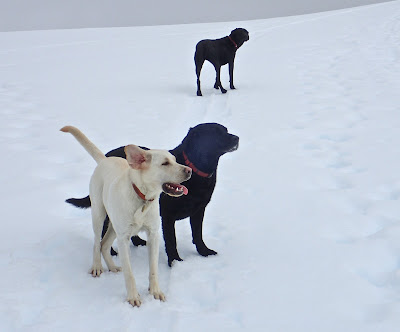 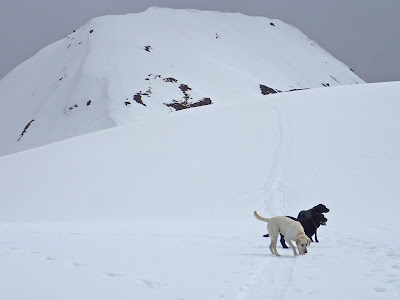 
Yesterday I took the dogs skiing and caught this bit of action with the 'paparazzi feature' on my camera.  It takes pictures rapid fire.  Anyway, Brewster likes to launch sneak attacks on Sheba and Tank.  I think Sheba kind of likes it and even encourages it.  Tank does not like it - he simply tolerates it.

Anyway in the above picture Sheba turned away and Brewster attacked.  But then Sheba spun and launched her own attack.  And boy did Brewster catch it!  It looks vicious but it is clear that they are playing.  Patrick

Posted by Zoya, Patrick, Nora and Stuart at 5:00 PM No comments: 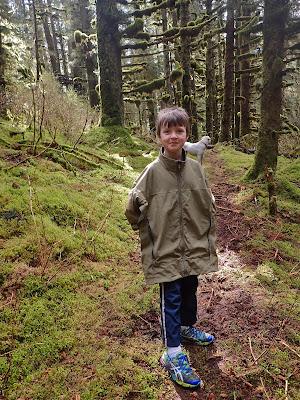 Sunday Kodiak was blessed with a gorgeous day. I worked in the garden all morning and took care of some 'garden angst'.  It's been an early spring but, in regards to the garden, I have been behind the season.  It felt very good to catch up a bit.  The garden should be all planted within the next week!  Usually I don't start planting the garden until May 1rst.

It's funny but according to the norm I am not behind; it's just that this year everything is a full month ahead of schedule.  My 'garden angst' is only because I am only 2 weeks ahead of the curve when I could have had the full month.  But so it goes (and for the record I did mow the lawn today).

After all the garden work, it was family hike time with the dogs.  To start, we drove to the Spruce Cape trailhead, but there was practically no space to park the car.  Everybody seemed to have had the same idea and were out to enjoy the sunny Sunday on Spruce Cape.  So instead of fighting the crowds we opted to turn the car around and drive to the Lakeview Drive trailhead on Russian Ridge.  We got there and there was not a single car in the lot, nor did we see a single person while on our hike.

It has become my favorite place to explore.  We tried a completely new trail and discovered an awesome blueberry patch. And much to Stuey and Sheba's delight we also found an Über buoy swing.  Someone had some serious guts to set the ropes high up in the trees on that thing!

What I love most about Russian Ridge is that I do not know it very well.  I follow trails and do not know where they will take me or what I will find.  And it is a big area.  What took me so long to discover it?  Patrick 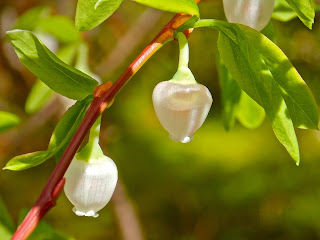 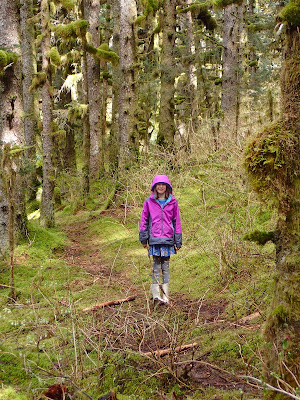 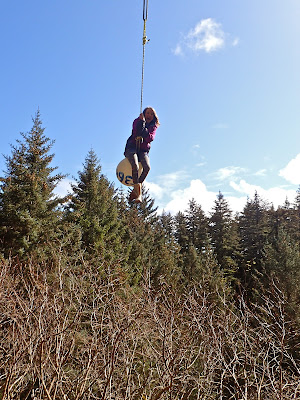 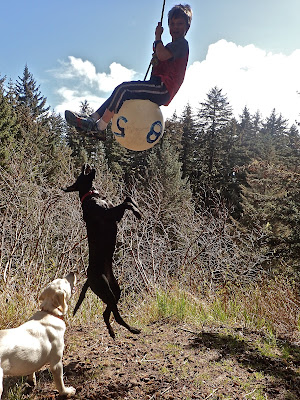 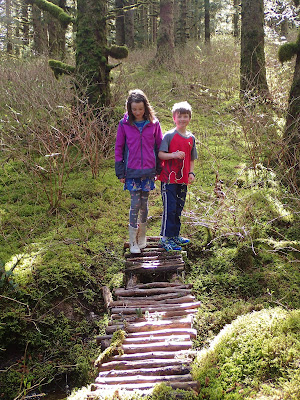 Posted by Zoya, Patrick, Nora and Stuart at 8:30 AM No comments:

Kid Party on the Snow

Last week it was the 'dog party' in the sunshine on top of Pyramid.  Yesterday it was a kid party up on the snow.

At sunrise it looked like it would be the perfect day to take the kids skiing.  It was sunny and there had been a light frost.  That meant the snow pack would be solid so the kids could hike up and not punch in over the tops of their boots.

Then like that the weather changed.  It clouded up and rained.  I had already packed up the car with the gear so we still went ahead with the excursion.  I told the kids it was probably snowing on the mountain.

It wasn't, nor was it raining, but it wasn't sunny either.  Sort of grey, 'Land of Mordor' type light, and the snow was soft.  But Dale another 'skiier' (he actually snowboards) had gone up earlier and had boot packed in a set of tracks for the kids to follow - a set of stairs so to speak.

By the time we got to the top both Stuey and Nora had wet, cold feet.  They certainly appreciated the dry, warm ski boots I had lugged up the mountain!  And then it was ski time.  Despite the difficult snow conditions they did GREAT!  I was worried about turns in the deep slush, but they handled it with aplomb.

And then just as we got off the snow it totally cleared up and got sunny.  That's Kodiak.

Posted by Zoya, Patrick, Nora and Stuart at 8:38 AM No comments:

Beach Hikes by the House 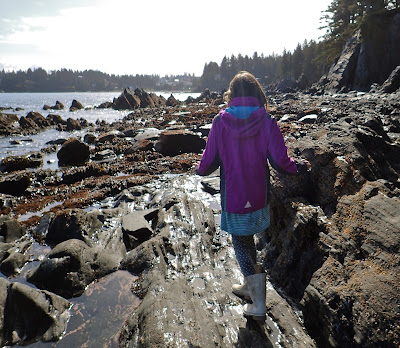 This spring we've been using the 'beach' below our house more than ever before.  The trick is to catch it at low tide otherwise it is almost impossible to go anywhere.  At mid tide some of the cliffs go straight down to the water, but at low tide there is a wide plain of rocky beach to explore.  I told Nora that the moon influences the tide and that the biggest tides are when the moon is full.  So Nora has been reporting on the state of the moon - as in 'daddy the moon is getting pretty full so the beach will be good for a dog walk'.  Patrick 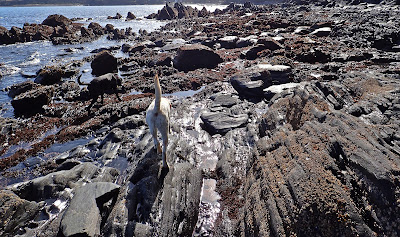