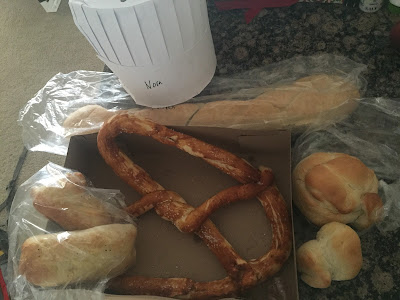 For the past week, Zoya took the kids to Anchorage where Nora attended a baking camp while Stuey did the basketball camp.  In the meanwhile I've been holding down the home base, taking care of the dogs (I've taken them skiing every day), and living the camps vicariously through pictures from Zoya's cell phone.  I got to see Nora's baking creations, and Stuey's shooting award.  I gather he came in third in the end-of-the-camp shooting contest.

What I find hilarious about the shooting contest is that it is the 'Stephen Curry Shooting Tournament'.  Stuey is a big LeBron James and Cleveland Cavaliers fan, and right now Stephen Curry's Warriors are playing the Cavaliers in the NBA finals.  Tonight is the final game of the season - the winner of the game is the NBA champion.

All spring Stuey has been asking me who is better - Lebron or Steph?  And we've both always agreed that Lebron is the MAN.  Steph can shoot, but not if you push him around (which is no longer legal in today's NBA - click here for nice article on this).

So it is ironically funny that Stuey got a 'Stephen Curry' shooting award.  At least I think it is funny - I hope the instructors did not sway Stuey's basketball allegiances.   Patrick 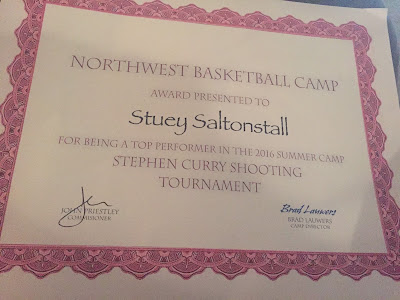