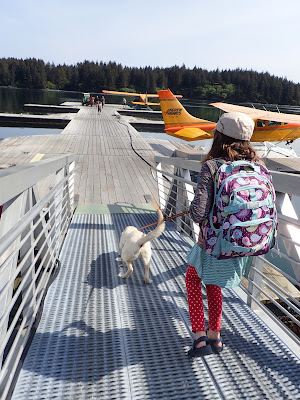 On our last trip to Afognak we brought along Brewster the dog.  It was the first time we'd brought along a family dog, and he did great.  The only difficult part was getting him in and out of the floatplane.  But once in the plane he relaxed and acted like the frequent doggie flyer.

The first night in camp he was on sensory overload running after squirrels and reacting to every fox or sea otter noise.  He would stand in the teepee entrance and just stare.  Finally he gave up and went to sleep.  He spent the night curled up on Nora's pillow.  And then after that first evening he was the mellow camp dog.  Patrick 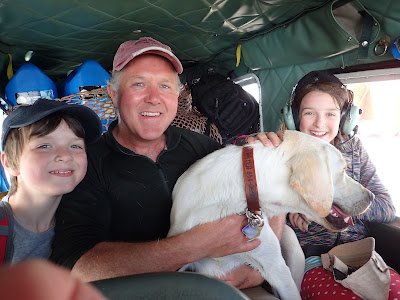 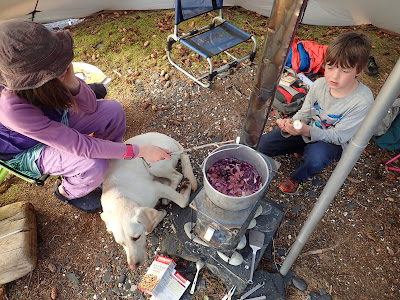 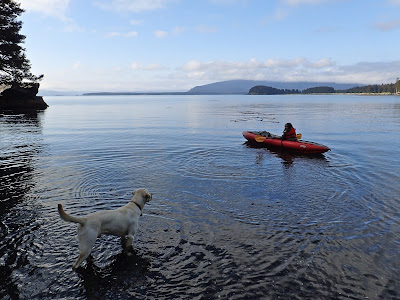 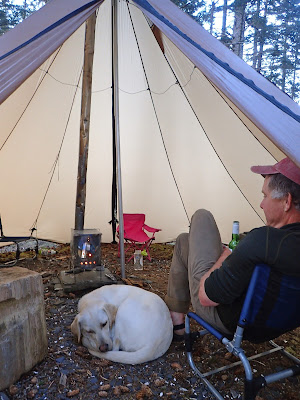 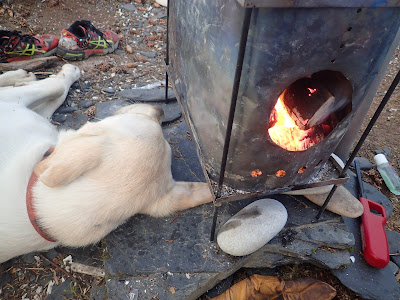 Posted by Zoya, Patrick, Nora and Stuart at 6:58 AM

Getting him out of the plane was a real hoot. He was scared of the drop from the door and refused to get carried so Rolan put a plank up to the door from the dock. He tested it a few times with his paw and then trotted on down!
Patrick