Willis-Dowling Wedding and home to Alaska 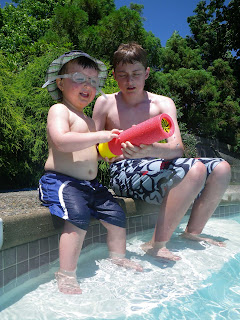 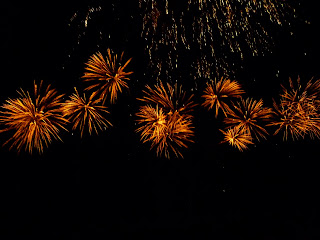 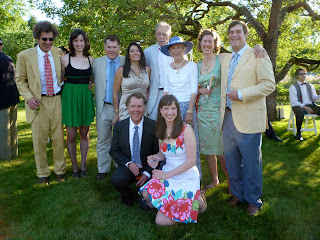 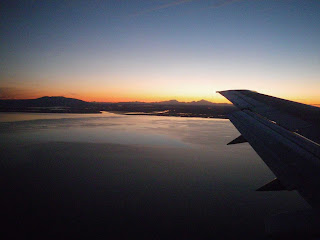 The past 3 days have been busy ones- Saturday morning we went and visited Patrick's college friend, Lanny. The kids played in the pool and Stuey discovered the joys of the water pool gun. What a hit that was! (See the glee of delight on Stuey's face in the photo). The kids were nice and tired out in time for Patrick and I to leave for the wedding of Patrick's cousin, Debbie.

The wedding was held on Debbie's parents family farm and the weather was spectacular for the event. The service was in a garden, followed by appetizers and dinner and dancing. The tent had such cool dangling round paper lights inside and was decorated just beautifully. (Word was it took about a week for the tent to be set up!).

Some highlights...
ceremony.
The wedding ceremony was done by Rev. Prof. Peter J. Gomes of Harvard and did I ever love his address to the crowd. He spoke of how it was up to all of us present to help Deb and Peter in the journey of marriage. It was quite poignant and wasn't a standard address which is to the couple. This was more to the community of people there to support the bride and groom in their journey. Deb's sister in law read a passage from the Velveteen rabbit, which Patrick particularly appreciated as that is a story which tugs at his heart strings and he grew up with it.

fashion.
I was in fashion heaven, watching the various New York fashionistas in their latest dresses and shoes. It was something else-the variety of dresses...colors, styles. A large majority of the dresses were ones which I would only see in a magazine and most likely never see someone wear in Alaska. I snapped a few photos of some of them, so in future posts, i'll show you what I was talking about. And Deb was a gorgeous, gorgeous bride. Her dress was so classy and had a 20's/30's feel to it.

fireworks.
Deb's Dad, Dudley, coordinated the presentation of an incredible 20 minute fireworks ceremony which was unlike any other I"ve seen in a long time. It got lots of "ooohhhss" and "ahhhhsss" thoughout the presentation.

music.
A band came up from Mississippi and they were incredible performers and vocalists. They had coordinated dance moves and were so fun to dance with! They crept the crowd dancing EVERY moment they were performing.

Sunday morning we woke up, packed and headed out to the airport in the late afternoon. The weather was in the mid 80's and absolutely sticky and hot.
The flight home was MUCH smoother than the trip out to Boston. Thank heavens. Stuey was much more cooperative and slept a considerable portion of the trip. The photo of the wing of the plane was taken at 2:00 AM Alaska time, flying into Anchorage. Back to the land of the midnight sun! It never got too much darker than that before the sun started coming up and rising around 4:15 or so.

Photos:
Lanny's son, Jamie showing Stuey how to use the pool water gun. Stuey was estatic!

A shot of the 10 PM firework display!

Panoramic of the the interior of the reception.

The 2AM shot right before landing in Anchorage this morning. Land of the midnight sun!
Posted by Zoya, Patrick, Nora and Stuart at 7:23 PM