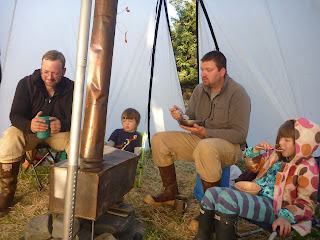 The evenings were spent around a toasty wood fired stove. Stuey loved watching the fire. Ross, Ryan and Ann were incredibly patient with the kids. Bless their hearts. 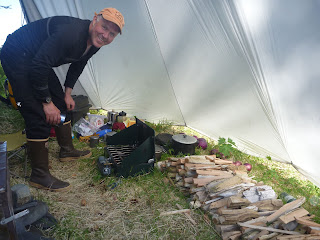 Our last day there, we watched Patrick dig a DEEP test pit. It took close to an hour for him to dig the hole. The findings were FASCINATING>>>Even I, as a non-archaeologist person was in awe. I'll explain more later. Suspenseful, eh? 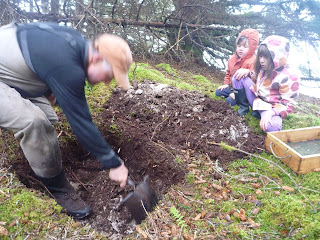 Nora likes using the slate rocks as a little writing board. She would play dot-to-dot games on her rock, as well as write out random letters to see if they formed a word. Hours of entertainment! 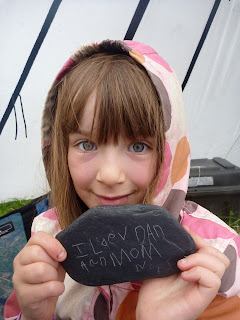 On our hike. One of the dilapidated buildings of Old Afognak village. 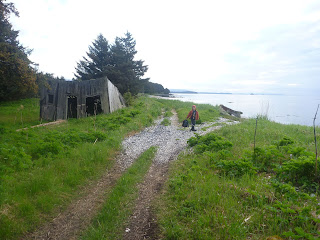 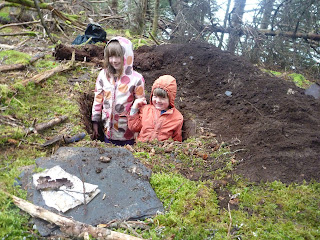 Stuey building houses with the firewood. 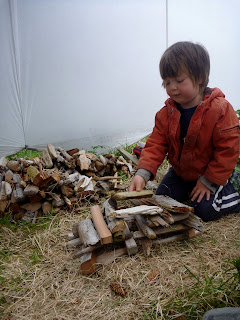 Zoya
Posted by Zoya, Patrick, Nora and Stuart at 7:24 PM