I promise that this is my last post about my archaeological survey on Afognak.  From now on our blog will be all about more recent events like my trip to Old Harbor or our family trip out East.

On Afognak we were mostly recording all the old houses and features associated with the old Afognak Village that was abandoned after the earthquake in 1964.  The village was half destroyed by the ensuing tsunami, but the real reason everybody left was that the land also sank 5 feet and everybody's well was full of salt water.  A lot of the coastline also eroded away adjusting to the new relative sea level.  Since 1964 the last has rebounded back out of the ocean, and is only a couple of feet or so below what is was immediately prior to the earthquake. 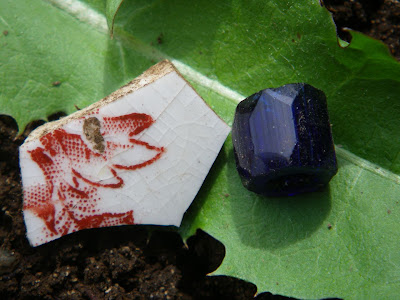 I dug a lot of test pits looking for the old Russian artel and prehistoric sites but all I found were old gardens and more recent historic artifacts like this bead and piece of ceramic.  After I took this photo I reburied the pieces in my test pit.

While surveying the old village we also mapped and recorded all the old roads and trails.  In the photo above you can see 2 old trails intersecting in the woods.  The trail on the left is an old boardwalk between houses while the one on the right is an old road. 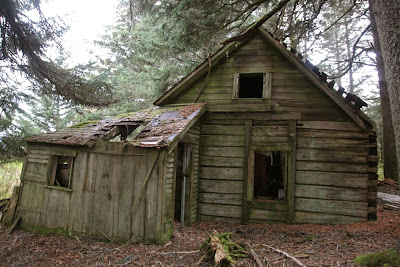 Below is a close up of some of the fitted log work.  You can see that the builders pre-assembled the house and marked the logs so that they could re-assemble it where they wanted it.  The logs were all carefully carved for an exacting fit. 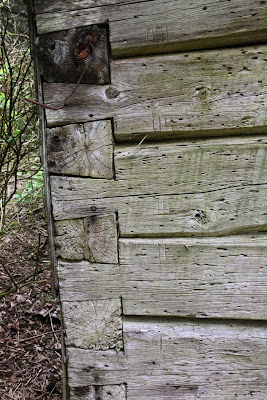 Our camp on Afognak was quite comfortable and we used an old laundry basket that we found on the beach for a table.  In this photo Ryan and I are playing a game of cribbage. 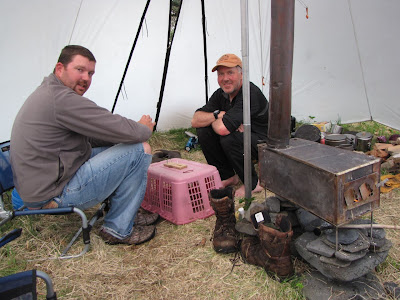 Ryan and his super accurate GPS.  This is the gear the SWCA archaeologists used to mark the locations of all the old houses, trails, site boundaries, culturally modified trees etc.  Ryan played the 'Tin Man' from the Wizard of Oz with an old funnel that we found.  We did not collect artifacts but left them all where we found them.  They are all a part of the story of Old Afognak Village.  Patrick 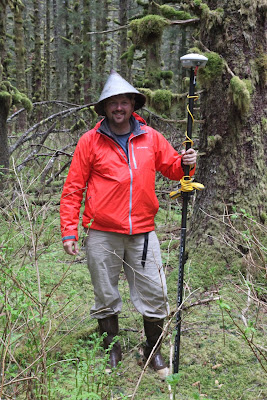 Posted by Zoya, Patrick, Nora and Stuart at 5:18 AM