Just a few last scenics from our hike on Afognak.  The fog down low really was beautiful.  Just after someone took the photo above we called Jim on the boat and he reported thick fog and dismal grey down below. 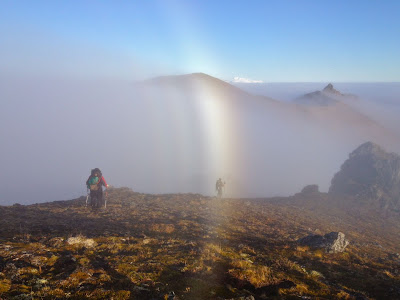 After I got back I turned in my elk permit report and got the low down and where the elk had been when we were looking for them.  It turns out that for the first few days, even if it had been clear, we would not have seen the elk.  Hunting pressure had pushed the whole herd off of the peninsula we were hunting - and into an entirely different area. 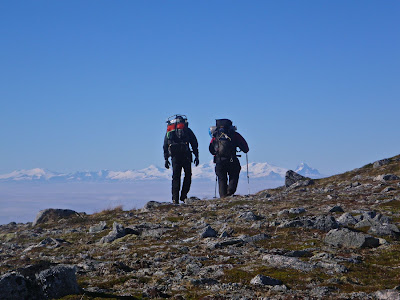 Above you can see the mountains on the Alaska Peninsula rising out of the fog on the other side of Shelikof Strait.  The pointy mountain on the right is Devil's Desk - John S who likes to climb tall scary things like Mount Denali or the Moose's Tooth often looked longingly at Devil's Desk on the horizon.

We camped at the head of this valley.  It turns out that if we had turned left instead of right on reaching this valley that we would have found the elk herd.  Such is fate. 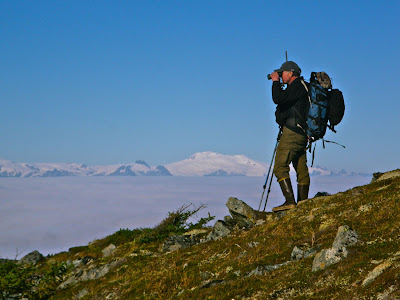 That's me glassing with Mount Douglas in the distance. 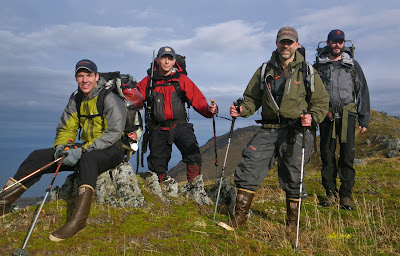 Some final group photos - I can't wait until next year!  Patrick 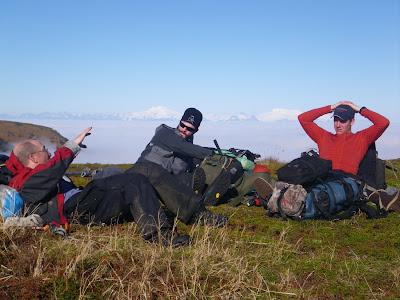 Posted by Zoya, Patrick, Nora and Stuart at 9:05 AM