Sunrise at a respectable hour 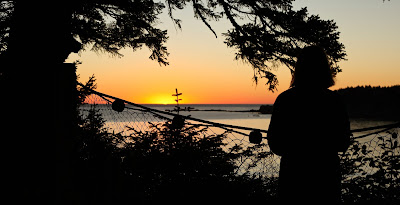 It's finally September and we are rapidly losing daylight.  Instead of waking up with the sun in my eyes at 5 AM, the sun is now coming up at a respectable hour - sometime after 7 AM.  And it comes up 15 minutes later every week.  It's getting to be my favorite time of the year.

Earlier this week I looked out the kitchen window and caught Zoya drinking her coffee and watching the sun rise out of the Gulf of Alaska. 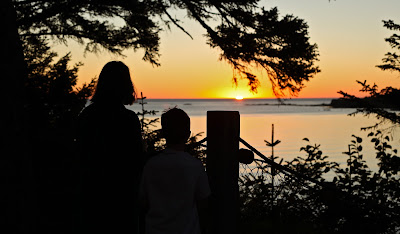 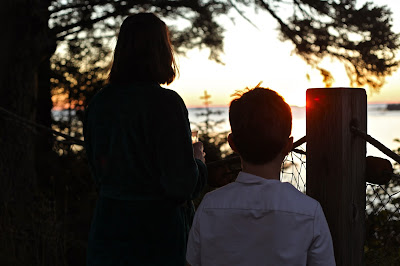 Posted by Zoya, Patrick, Nora and Stuart at 7:10 AM