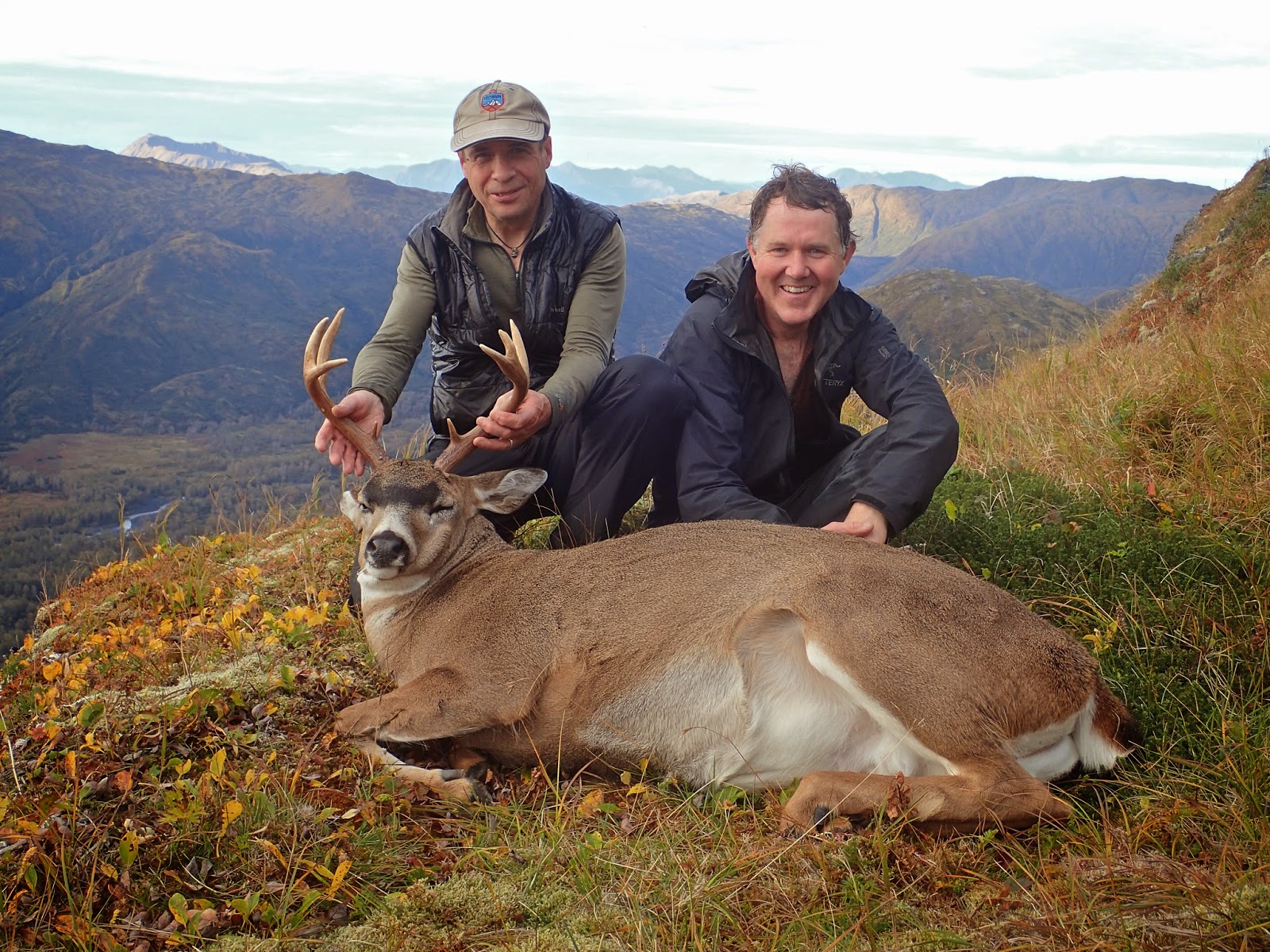 Yesterday a short while after dawn, rifle and ski poles in hand, I was scrambling up the last bit of a steep mountain slope.  A group of deer, spikes and does, was watching me warily from off to the side on a slope of scree.  The rising sun was lighting up the mountain tops all around, but I was only looking for one particular deer.  10 minutes earlier I had missed a shot at a big deer and I feared that that was that.  I was probably going to go home with no deer and no meat on my back.  I'd blown it.

Gregg and I had spotted the big buck up on the slope above us as we started up the steep final ridge to the mountain top.  He was standing broadside but his body language told us that he had already seen us and was about to run away.  There was no time to use our laser range finder and determine the exact distance - I just had time to lie down, put the rifle over the pack and get the scope cross hairs on him.  Then I shot and missed (actually more than once), and the deer turned and trotted out of view.

With the deer gone we got out our range finder and determined to my chagrin that the deer had been a lot further away than I had thought.  My bullets had probably hit a full meter below him.  So off I went to climb the mountain as quickly as I could and see if I could find the deer on the other side.  I did not have high hopes.  Deer are pretty smart and once they hear gun shots they generally run away and hide in the brush.

I got to the mountain top and looked down into the bowl on the other side and no big buck.  By this time the deer on the scree slope were also trotting away.  Maybe they would skedaddle to the same place where the big buck had gone?  And so I looked, and there, in the enlarged view of my binoculars, was the buck looking right back at me from the ridge on the far side of the bowl.  I used the range finder and it was the exact same distance, to the yard, as the earlier missed shots.  I could not believe the coincidence and checked again with the range finder.  It was a shot at redemption!  That almost never happens when you are hunting.  And this time I did not miss.  Patrick