Our Transportation Down the Karluk River 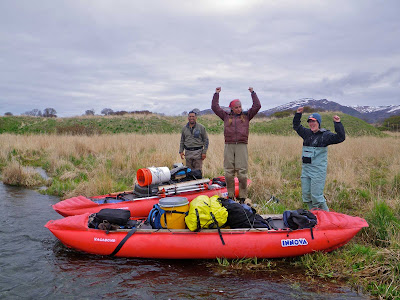 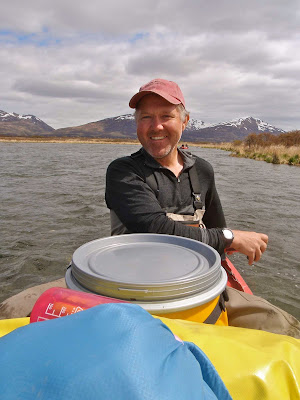 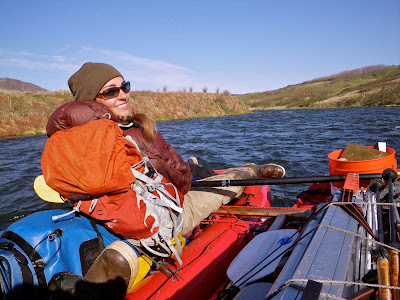 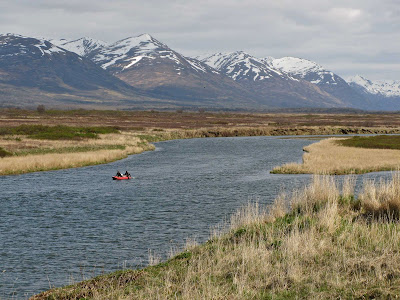 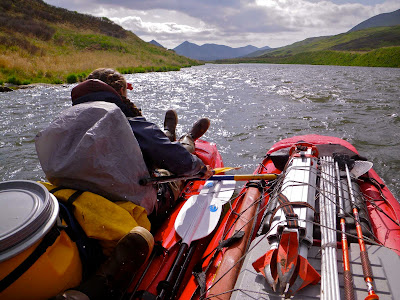 On our archaeological survey of the Karluk River we had 3 big limits. There was the time limit of 14 days, the weight limit of the USFWS beaver float plane (1200 pounds), and then there was the limit of what our two inflatable canoes could carry. Before the trip I was the most worried about the canoes, but in retrospect I think the weight limit for the beaver was the most serious. We barely squeezed onto the float plane with 4 people and 750 pounds of gear - all set for 2 weeks in the field.

Then came the scary part. We got to the river and needed to load up the boats and paddle for a 1/2 mile or so to our first camp. Would it all fit in the boats? It did! And so the survey began. During the survey we set up at 4 different camps, and after each camp the boats got loaded up better and better. By the time we got to the Karluk Lagoon the boats were efficiently packed tight.

After we lost Molly to pushki burns on her hands about halfway through the project (see her blog for details - http://odellcross.blogspot.com/2011/06/home-early-with-bad-pushki-burns.html). We decided to tie the canoes together and make one big raft. I stayed with the raft while Mary and Mark walked likely sections of the river banks. And on practically every bank where we thought we'd find a site we did. By the end of the trip I was a little sick of stopping the raft to hop out and map yet another archaeological site (more on this in a later post).

Anyway our little Innova inflatable canoes worked out pretty well. They carried A LOT and really did not draw all that much water. Even in shallow sections we did not have to drag the boats - ever. I think they drew less than 2 inches loaded! And they handled the fast and deep water at the end of the trip well too. The river was about a foot or 2 higher than normal so the lower river was pretty swift. Patrick
Posted by Zoya, Patrick, Nora and Stuart at 5:41 PM